Sometimes I get overwhelmed and realize I’ve said “Yes” once too often. How do I know? I start to get irritated and resentful. I begin to lose my sense of calm, and I feel agitated. And I know I’m not alone.
I’m in coaching conversations daily with people who struggle with saying “No.” When is it OK to say “No”?
Most of us can agree that it’s a must to say “No”:

If we don’t learn how to say “No,” we risk staying stressed and getting overwhelmed with too much to do and not enough time. And isn’t it usually our priorities (our health, ideas, our writing, our quality time with ourselves and others) that suffer?

Children go through a phase in their growth when their favourite word is “No.” That’s because “No” is a power word. It gives a definite sense of self. It allows us to separate ourselves from others. And this means saying “No” is an ideal opportunity to rediscover your understanding of who you are. It is a chance to turn boundaries you’ve created from a concept to reality.

Here’s a list of more  examples when it can be OK to say “No.”

How many of you read that list and went immediately to the – “Yes, but…” place and thought of all the exceptions (and of course there are many)? The point is the above are radical statements when you are wired to put other people’s needs before your own.
But what happens when you say “Yes” when you’d rather say “No”? Resentment creeps in and sours the relationship. And as an old mentor of mine used to say: “If you aren’t getting mad, then how are you getting even?”
Isn’t it better to choose to say something temporarily uncomfortable over becoming resentful? And risk showing up in your life, tired, stressed and overwhelmed and blaming others for what you didn’t dare to say?
I was put to the test this last month. Someone I respect and admire offered me an opportunity to contribute to their upcoming book. Flattered, I enthusiastically said yes. However, I became uneasy as I fleshed out the article, and learned more about what they wanted me to produce.  Guess what? I withdrew as a contributor to their book for several good reasons. I felt nervous about communicating I changed my mind, but I did it anyway. Following through with a “no”  means making the other person’s approval a bonus – not a pre-condition for my right to say no. As it turned out, they thanked me for my candour and expressed gratitude for my honesty. I feel like this was a personal integrity test, and I passed. And the way the person responded to me told me everything I admired about them was true. And that they respect me too.
It is hardest to say no to people I like and respect, and I’m not a big fan of changing my mind. But how freeing when you can trust yourself to look after you.
So whether you learn to say “No” more often, or learn to say “Yes” on your terms, it will release yourself from the burden of continually chasing approval.
Give yourself more permission to do what matters most to you. And by doing this yourself, you are modelling the way for others to do the same.

Now, grab a pen and write down the first things that pop into your head in response to these questions: 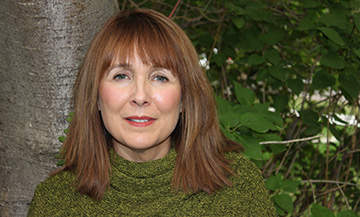